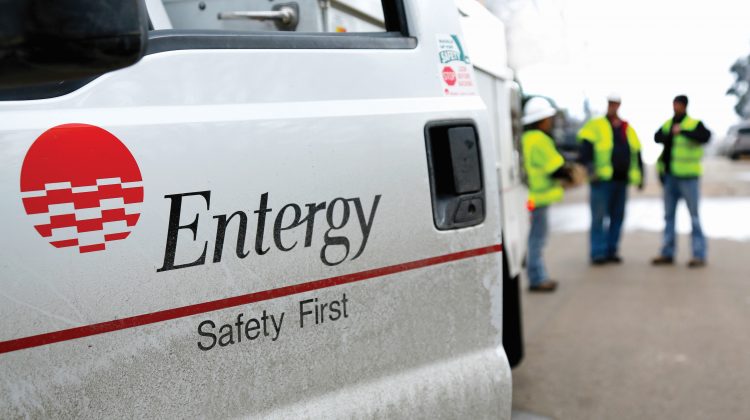 Want to know the difference between preventive vs predictive maintenance?

For the vehicle fleet department at one electric utility, it’s undeniably clear.

Chris Morrow, fleet assets superintendent for New Orleans-based Entergy Corporation, says initially, the company’s plan was simple. They knew they wanted to move away from routine maintenance that focused on set time-based service intervals for their 6,000-unit fleet to one that was more usage-based after realizing data could better inform their maintenance decisions.

What they have since discovered is the power of telematics and data analysis can unlock a predictive model for fleet maintenance.

A predictive maintenance program can flag problems prior to major equipment failures, reduce unplanned downtime and parts spend, and refocus technicians on diagnostic work instead of lengthy repairs. All of these benefits result in significant savings (more on that later).

Though Entergy first implemented this predictive maintenance strategy with their on-road vehicles, including aerial devices and digger derricks, Morrow says the company is using what it’s learned to expand to its off-highway equipment.

If you’re weighing preventive vs predictive maintenance, Entergy’s story may have you wondering why you would wait any longer.

Leaving the PMs of the Past

Morrow oversees the life cycle, purchasing, financing, and upfitting of equipment, as well as vendor partner management. Prior to his current role, he spent 14 years in the fleet maintenance department.

“We calculated that we would achieve savings of approximately 5,000 tech hours by moving from a calendar-based PM program to a usage-based program,” he says.

The company began by installing telematics throughout the 3,600 units in its on-road fleet, though it primarily focused on remote diagnostics and eventually predictive maintenance with its 1,200 medium-duty assets.

“That’s because these units produce a major area of spend when it comes to maintenance and repair dollars,” Morrow says.  “This is due to their high-idle hours resulting from the use of the aerial buckets and derricks mounted on the chassis.”

The fleet management team at Entergy quickly recognized that telematics offered other benefits, including fleet utilization monitoring, fuel savings opportunities, and safety enhancements, such as speeding notifications and seat belt usage reports for its on-highway vehicles.

But the advantages of telematics didn’t stop there.

“As things have progressed, we are realizing the benefits of predictive maintenance,” Morrow says.

How to Get to Predictive Maintenance

He says there are several steps Entergy took to convert their new usage-based maintenance model into one where maintenance events could be flagged in advance.

Here is his advice.

First, Morrow recommends working with a data management service to help filter the enormous amount of data produced by telematics.

“The volume of data that you get daily from telematics can be overwhelming,” he says. “We found that utilizing a data management service was the only way to turn that firehose of data into actionable information.”

“Now, our maintenance department has an opportunity to take action prior to a major failure,” he says.

Morrow says the data management service filters out all the noise that comes in by providing daily reports. These initially focused on a small number of trouble codes to indicate real issues with equipment.

“As we have gotten better at understanding our fleet, this has progressed to now include a large number of codes that are likely precursors or ‘predictors’ for failures that are coming,” he says.

The daily critical reports are then used to issue maintenance task work orders for service technicians based on the company’s internal critical code ratings.

“By reviewing the data and trends, we have assigned varying levels of importance to each code,” Morrow says. “We have codes that to us mean ‘we need to get this vehicle shut down and in a safe location immediately’ all the way down to ‘we need to look at this for the next regularly scheduled PM.’”

“The system now performs what was previously the manual process each day of creating and dispatching work orders,” Morrow says.

He says they provided the asset management program instructions to take on each code, including

Currently, each morning’s reports contain codes from the previous day. Morrow says they are looking at options for real-time notifications on specific critical codes, such as overheating or low oil pressure.

“This could be text or email messages to key maintenance folks or even notifications sent directly to the operator,” he says.

Reaping the Benefits of Predictive Maintenance

Moving to a predictive maintenance model has provided several benefits for the fleet management department at Entergy, Morrow says.

“One of our first major wins involved reducing engine failures related to overheating temperatures caused by low coolant,” Morrow says. “Now, with predictive maintenance, we can correct minor issues like hose leaks, water pump failures, and leaking coolant tanks, instead of major issues like head gaskets and damaged blocks that happened in the past.”

“Our internal PM schedule that was time-based was often much more frequent than the manufacturer required, because we knew there were likely items that needed attention that the operator had not reported,” Morrow says.

Now, the fleet department has extended service intervals to match the manufacturer recommendations.

“We estimate our new extended PM intervals have reduced vehicle downtime across our fleet by 7,000 hours annually,” Morrow says.

“Techs knew they would touch each piece of equipment every 120 days and could arrange their schedules based on those intervals,” Morrow says. “Now, most equipment gets touched much less frequently while a small portion of high-utilization equipment is serviced more often.”

He says the technicians like that their schedules and assignments can change from day-to-day. It has also shifted their focus to spend more time on diagnosing particular issues instead of on actual repairs.

“The equipment may send codes and information that point you in a general direction, but a tech still has to find the root cause of the issue,” Morrow says. “The actual repair of a broken wire may only take a few minutes, but finding that broken wire could take all day. We now have the ability to schedule these more complicated diagnostics and repair issues at the convenience of the operators.”

This in turn makes operators happier, he says. With this approach, the fleet department has cut routine PM work by over half on most of its equipment.

“It costs much less operational downtime to replace a leaking radiator than it does to replace an engine,” Morrow says. “An aerial unit that supports a four-man crew can get very expensive when it is sidelined for repairs.”

Armed with the data, the fleet department can note maintenance trends by mapping common failures.

“It doesn’t take long for our techs to realize that if you see fault code X on a certain make and model, to go look ‘here’ first,” Morrow says.

They’ve also been able to better track life expectancy on common wear items, such as brakes.

“This allows our techs to properly schedule their time, as well as notify operations that a piece of equipment that will likely need more service,” he says.

All of these changes have led to significant savings in maintenance costs, even though expenses are not as predictable as the calendar-based approach.

“We have seen a drastic reduction in service-related parts costs since moving to usage-based PMs,” Morrow says.

Taking the information that Entergy has learned from implementing predictive maintenance in its on-highway assets, the company plans to introduce it to its off-road equipment. Though they already have telematics on some models, these devices are currently only reporting location and engine hours.

“We will likely start our expansion to off-road equipment slowly,” Morrow says.

This mirrors the process they followed with their on-highway fleet, which he says they found effective.

“This helped build technician buy-in and confidence in the system,” Morrow says. “We wanted them to see that the data was reliable and valid.”

In the near future, the fleet department also expects to receive more detailed real-time usage, performance, and diagnostic information from their aerial units mounted on trucks.

“This will be a great help for techs to give an idea of what they may face when they arrive at the jobsite,” he says. “They can bring appropriate parts and supplies to make the repair on the first visit.”

If you ask Morrow, there’s a clear winner when it comes to preventive vs predictive maintenance based on Entergy’s experience.

“Adopting a predictive maintenance approach has saved us hard dollars as well as avoided unnecessary fleet downtime,” he says. “We’ve been able to identify specific areas and components in our fleet that need extra attention to help avoid major failures and costly repairs.”